Yesterday Norway was celebrating its independence. It was a pretty big celebration, considering the efforts Norway put into acquiring its independence; nevertheless, it was a nice show to watch even despite the weather (+8, rain, jacket, hoodie). Generally, this looks a lot like a mix of the May 1st parade and the German Karneval, but in serious. The idea is that all city’s societies that include more than twenty people join the parade, wave some society-related flags, do some performance (optional) and carry Norwegian flags (mandatory). 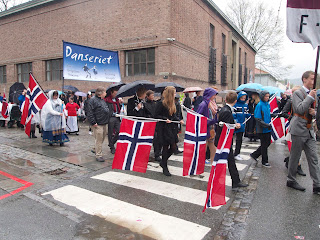 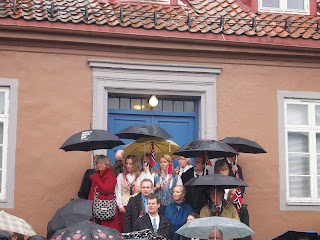 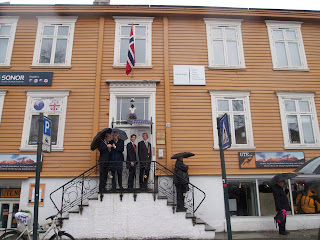 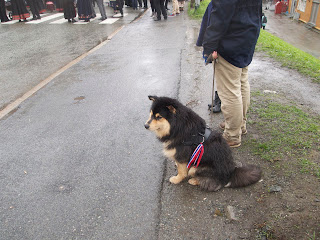 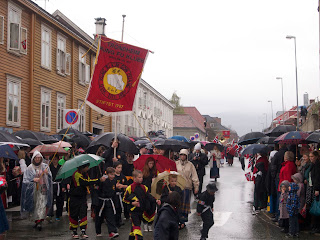 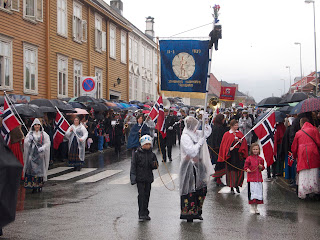 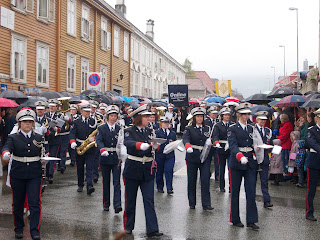 By “all city’s societies” I mean literally all of them. Even the 501st legion was there:

I discovered at least ten different big bands performing on the National Day. The most stunning part was when the band standing in front of me started playing the first notes from the “Farewell of Slavyanka”. I first thought I misheard, but then again, the tune is unambiguous and hard to confuse with something else. To explain my cognitive dissonance: The tune is a Russian patriotic march, very popular and very well-known. Seemed kinda misplaced to me. 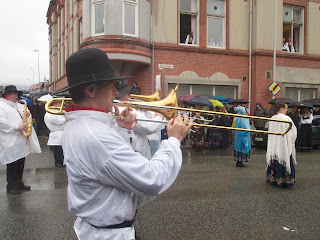 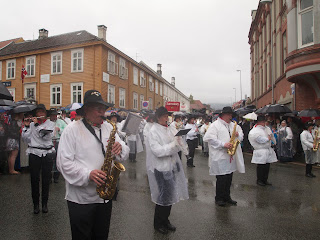 It has to be said that every Norwegian was wearing a bunad, which is a very formal traditional dress (as depicted) or at least something that looks formal enough. It is National day, it has to be celebrated – no exceptions. 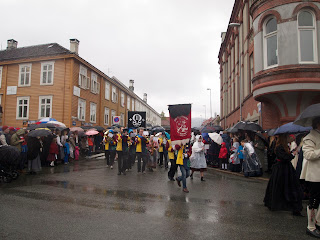 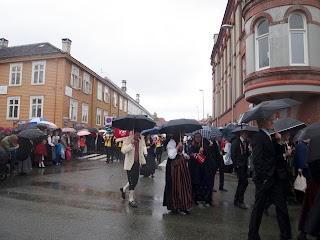 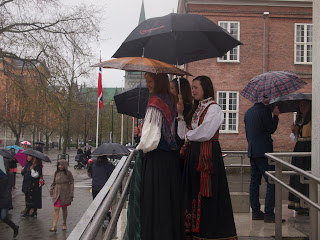 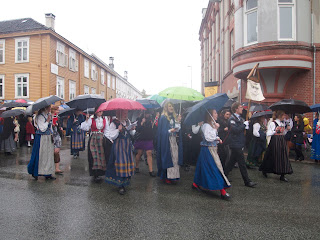 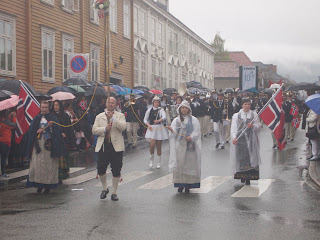 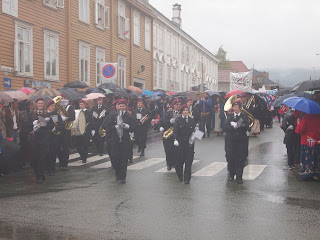 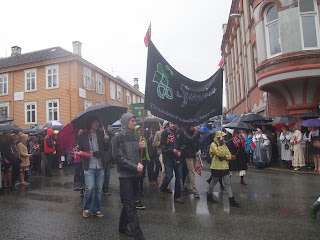 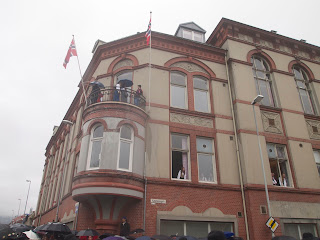 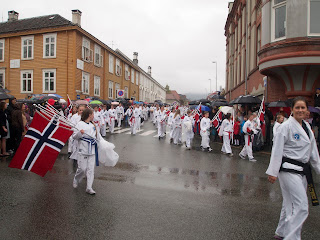 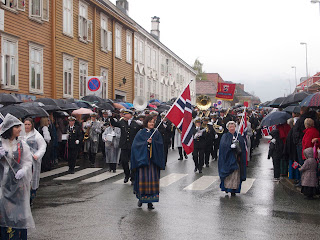 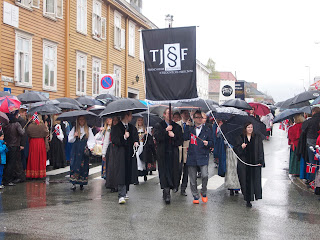 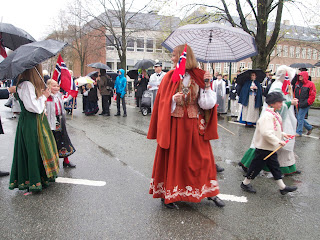 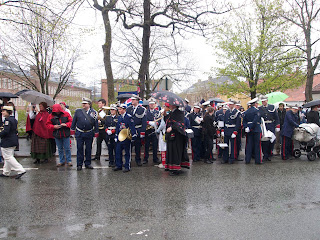