Skip to content
Depending on how good you actually know me, you might know that I really like to watch ice hockey. And since Trondheim plays in a somewhat decent league, and I was invited to go see a match, I could not say no. Since Trondheim has a team that is somewhere at the bottom of the Norwegian league, I did not expect much, but I at least wanted to see a good game (at least from one of the teams) and a good atmosphere.

We were a little late, so, when we entered the stadium, Trondheim was losing 0-1, but soon Trondheim scored and the first period ended with a tie. Trondheim could lead after the first period, but they were hitting the goalposts instead. So I was just enjoying somewhat decent ice hockey.

After the first period ended, I remembered that I actually do have a camera. So I took it out and made some pictures of the place: 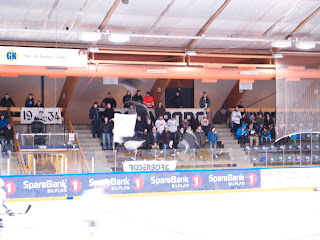 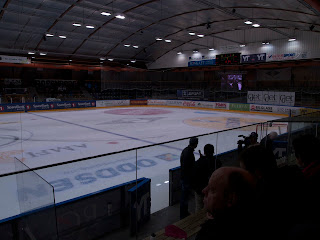 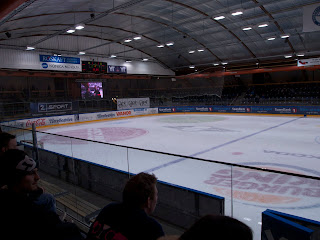 Then I went into semi-automatic mode (I am a pussy, yes, I did not look up how to make sports pictures) and set the camera for maximal possible shutter speed. And then the second period began: 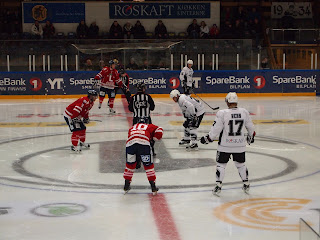 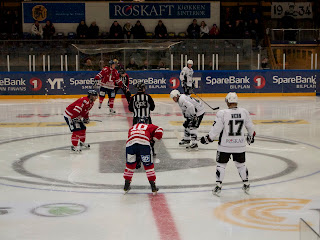 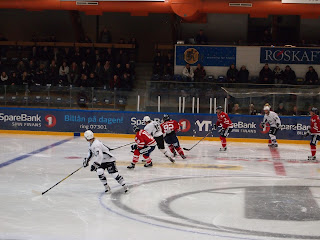 In this period, Trondheim was playing really bad. They were making several big mistakes in their defense and awful passes, and the inevitable happened: 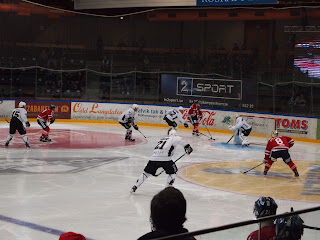 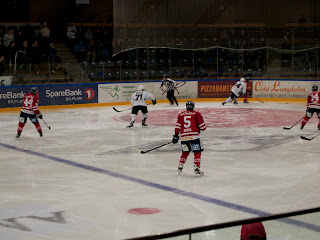 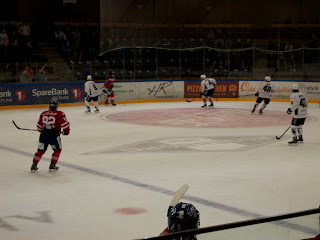 By the end of the second period Lillehammer was leading 1-4, and a comeback seemed completely impossible: 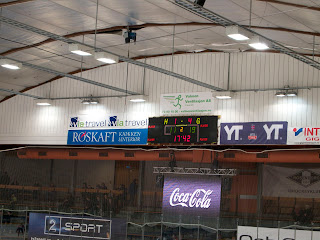 I do not want to know what the coach of Trodnheim was doing in the changing room, but the third period started with Trondheim playing considerably faster and better. 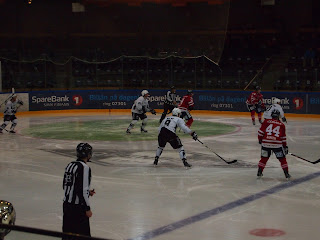 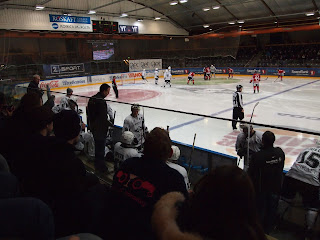 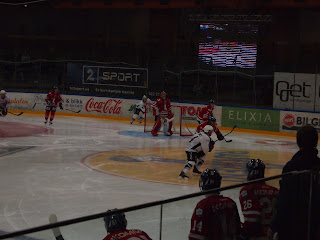 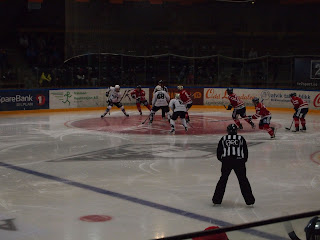 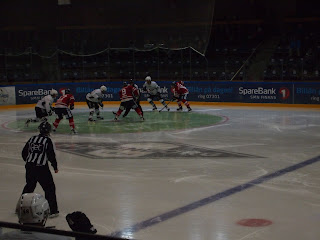 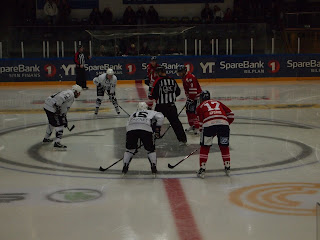 The game was turned upside down, and after ten minutes, it was 4-4. 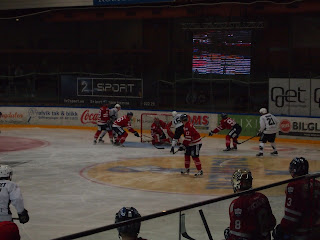 To be fair, I have to say that Lillehammer helped a lot: One of the goals was scored after a grave mistake on the own blue line, the other during a double power play. Still, some time passed and Trondheim was even leading 5-4. But Lillehammer did not give up and answered with a goal five minutes before the end of the third period. 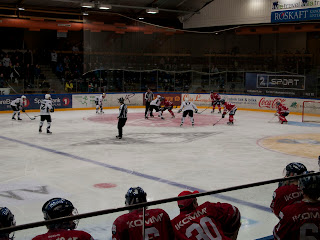 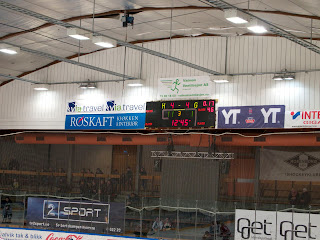 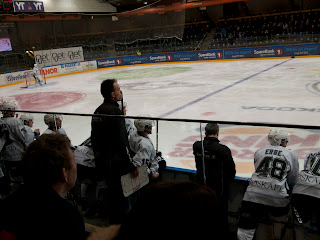 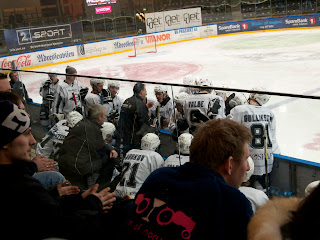 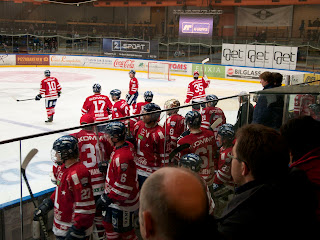 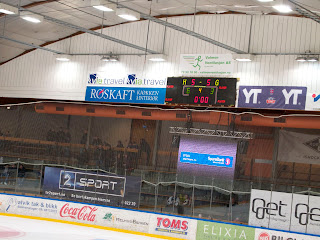 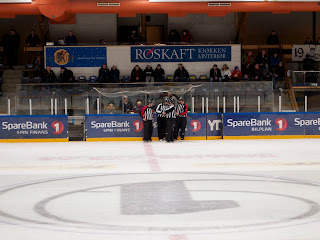 So the game went into overtime, where Trondheim had better chances, but used them awfully. Which meant that we were going to see the icing on the sports cake: the shootout. Which is a little more interesting than its counterpart from football since the goalie and the player have similar chances. 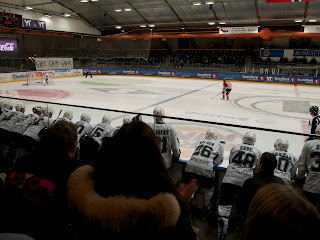 Lillehammer had more luck and won the shootout. Still, it was a really good game, viewed from really good places (as you can see on the pictures) and not too expensive. And nobody was forbidding me to take the pictures, woohoo. 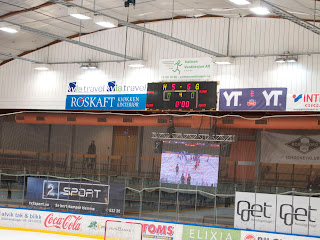 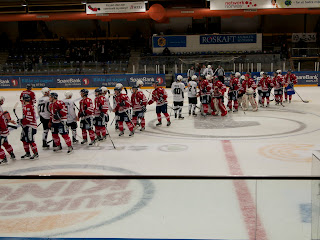 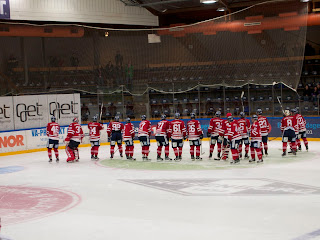