Skip to content
At some point in the past, I have discovered a wonderful, fully general argument against (some kinds of) biological research. The argument goes like this: “People should not be allowed to play God”. This sounds great, looks great and gives you an awesome +10 bonus to wisdom. But what does that mean? 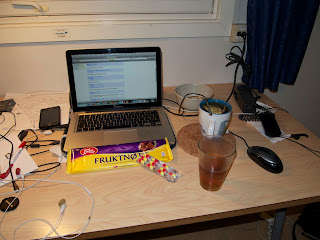 This sentence implies that there are matters puny humans are not allowed to investigate, because meddling with them means a lot of responsibility nobody can be trusted with and is beyond the boundary of the socially acceptable. But that sounds patronizing and cold, right? And it opens the road to uneasy questions like “Where is the line?” that disrupt the generality of your shiny argument; note that in the “playing God” wording the decision is (implied to be) deferred to God. This sentence carries all the premises from Christianity: that the world has been purposefully created by a deity, that humans are no deities, and that humans are (unlike deities) not responsible.

I shall not discuss whether deities exist; in this context, this is mostly moot. The real problem here is that constructive arguments (like the lack of responsibility/control and what one can do about it) are replaced by irrational, faith-like constructs. Which is not okay since the discussion is about mundane, scientific things and has to be conducted via rational arguments and not via media campaigning and fast-food philosophy.